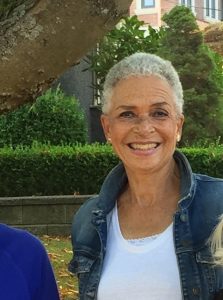 I was born in Winnipeg in 1944, the third of five children of a railway porter and a homemaker. Our family moved to North Vancouver in 1951. My siblings and I were turned away by a heavy barrage of stones on the first day we attempted to set foot onto the school grounds at Ridgeway elementary school that September. We were demeaned and shamed through years of curricula that entrenched the notions that people of colour, whether here in North America or in Africa, were no more than half-naked savages. And through the songs of Stephen Foster we learned that “the darkies” on the plantations were happily singing their way through slavery.

But we endured. My older brother and I found a place of relative peace and acceptance in the world of track and field, and in 1959 we became National champions in the sprints and represented Canada Internationally in Olympic, Commonwealth and Pan American Games. Harry established world records that lasted from 1960 until 1974.

On graduating from North Vancouver High School I entered UBC’s Faculty of Education and subsequently began my teaching career in Vancouver in 1964. It was a career I deeply loved but one that was incessantly beleaguered and made painful by the same systemic racism that I had faced as a student, and that continues to this day. I retired in 2001 and am delighted that I continue to have contact with hundreds of former pupils here in BC, from across Canada and from distant lands from Cambodia to Greece.

Guiding and supporting future teachers in the Education faculty and in the NITEP program was part of the joy of being an educator. And after retirement I worked with a delegation of BCTF members in Namibia to upgrade teacher English.

From the 1980’s to the year 2000 I was a candidate for the Green party in civic, provincial and federal elections. My students engaged in environmental and animal welfare projects. They made presentations at provincial hearings to preserve what is now Pacific Spirit Park. In 1991 I received the Canada 125 medal for work on behalf of the environment and a City of Vancouver Heritage Award for preservation of Vancouver Trees.

Students from some classes were able to view the creation and ultimately participated in the unveiling of the Harry Jerome statue that now stands on the Stanley Park seawall.

Volunteering for the Writers Festival for 15 years, and as a track and field official for more than thirty were wonderful opportunities to give back to my community. For many years I was a member the following Boards:  Achilles Track & Field, The Black Educators of BC, The Junior Black Achievement Awards, Vancouver Youth Theatre, and The Goh Dance Academy, and most recently Kidd Pivot and Springboard.

Each February I take great pleasure in sharing BC’s Black History as I know it with schools and community groups in the lower mainland.

During my first year in the Faculty of Education, at the November Convocation Ceremony held in the old Auditorium the great American Author James Baldwin was presented with an Honourary PHD.

I was fortunate to have raced out of my last class that day to witness this.  At the end of the ceremony he stood alone after stepping down of the stage with the other honorees. I could not believe that the number one selling author of the time was not pressed by a crowd of admirers so I approached, had a short and stuttered conversation,  had him autograph my Commencement Program and left before I could faint from awe.

My Degree in Education took me into the most rewarding and enjoyable career.  I learned from all my students as much as they learned from me. My relationships with so many of them have given me lifelong friendships and lifelong learning as they have gone on to a diversity of careers and experiences.

As a person of colour Issues of Inclusion have been at times a burden and a blockage in my life as I encountered racism in the work place and in social activities. And yet inclusion has also been a blessing as I have striven to be inclusive of all peoples who have been marginalized because of intellectual or physical challenges, race, ethnicity, sexuality  or gender.  I have found that rich experiences and love are to be found in working and socializing with all peoples.

Words of Advice to New Teachers: