In honour of the valued work and contributions of the UBC Faculty of Education Alumni, biographies and interviews with our illustrious alumni will be released between 2021 & 2022. 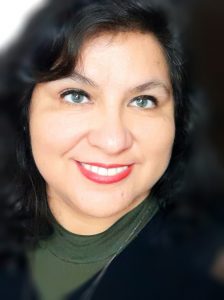 Carmen is a graduate of the Master’s degree program in Educational Technology by Tecnológico de Monterrey and UBC, and graduated with honors in English Language and Literature by Universidad Autónoma de Chihuahua; she is currently Head of Foreign Languages at Prepa Tec CEGL, Leader of Foreign Languages regionally, and member of the National Academy of Foreign Languages for the Prepa Tec system.
She has taught English for more than 30 years, is an examiner for the International Baccalaureate and has taught from kindergarten level to Ph. D. programs. She wrote a Bachelor’s degree research leading to the development of a children’s picture dictionary, a Master’s degree thesis on the use of technological tools for foreign language learning, articles on teaching poetry in the classroom, and reviews for different Mexican poets; she has offered conferences and lectures in Mexico and the US. She currently teaches American, British and Post-colonial literature.

She has collaborated in the design of online courses in different languages and on Competence-Based Education, has trained and led international teachers, and has participated in meetings in the UK and the Netherlands for standardization and curriculum development projects; she has also offered webinars on assessment.

Carmen and her husband, Rafael Cárdenas Aldrete, promote readership and creative writing through Poetazos, a light-hearted humorous editorial concept that fosters a positive contact with literature. They have published emerging and consolidated writers from Latin America and Europe.

She is delighted to be UBC Global Alumni Ambassador for Monterrey, Mexico. 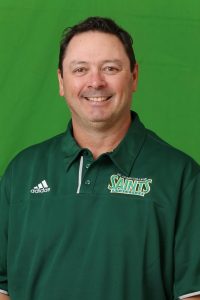 After teaching Business at numerous schools such as Burnaby Central High School and the majority in the Windsor Ontario area, teaching took a real change for Boots.  He took a job as a Student Success Teacher within the Windsor Essex Catholic District School Board.  The job was designed to help students succeed who are struggling in the brick and mortar setting through experiential learning (cooperative education).  But with the job starting in September, he had no students.  So Boots and a colleague decided to go and find students.  Fourteen years later they have found thousands.  “We did almost 60 presentations in the first three years and the phone hasn’t stopped ringing.”  The majority of the students are over 18 and have paid employment.  Most are only short a few credits and each student has a unique story. “Some of the stories you hear can bring you to tears, it is a very humbling job.  When we first started the job, it was a real eye opener.”  Boots and his colleague have been featured in a British Journal for Education.  “We were dubbed the ‘Coffee Shop Teachers’ in the article by the writers from the University of Windsor.”  They meet most of the students in coffee shops, explain how the program works and continue to help students earn a high school diploma.  “It is both humbling and very rewarding at the same time.”

During his 30 year teaching career he has also coached both cross country and track and field.  Most recently, the cross country team at St. Clair College in Windsor where he is the Head Coach.  The men’s team won the National Title in 2018 and Team Silver in 2019.  In addition, one of his former high school runners has gone on to compete in two Olympics.  “I have been blessed to do what I do. Thanks to UBC, I landed the best vocation possible for me.”