Since 2016, Mr. John Nanson has been the Community Coordinator at Edmonds Community School in Burnaby, BC, where he works with families who are new to Canada, many of them refugees.

One of John’s greatest attributes is his character.  He is genuine, warm, caring and compassionate.  He truly views the students as his own and works diligently to support them in ways that are both achievable and relevant to their needs.  John works with some of our most vulnerable learners – those who often cannot speak for themselves, or whose complexities are so great that their growth is measured in very small increments.  Yet, he consistently believes that all students are capable of growth and that the power of public education is being able to provide a nurturing environment where each of them has the opportunity to flourish.  His students love him, as do the educational assistants who work in his room, the Learning Services staff in the District, as well as the parents with whom he interacts regularly.

In addition, previous to his tenure with the Edmonds Community School, John worked in the small rural community of Pukatawagan, Manitoba, where he was “instrumental in setting up the adult education program, which was, and still is, a success in getting young parents and adults back into the school system.”

Students, parents, district leaders, and fellow teachers coordinated to nominate Nanson. Across the nomination, he is consistently described as compassionate, inspiring, welcoming and empowering his students. 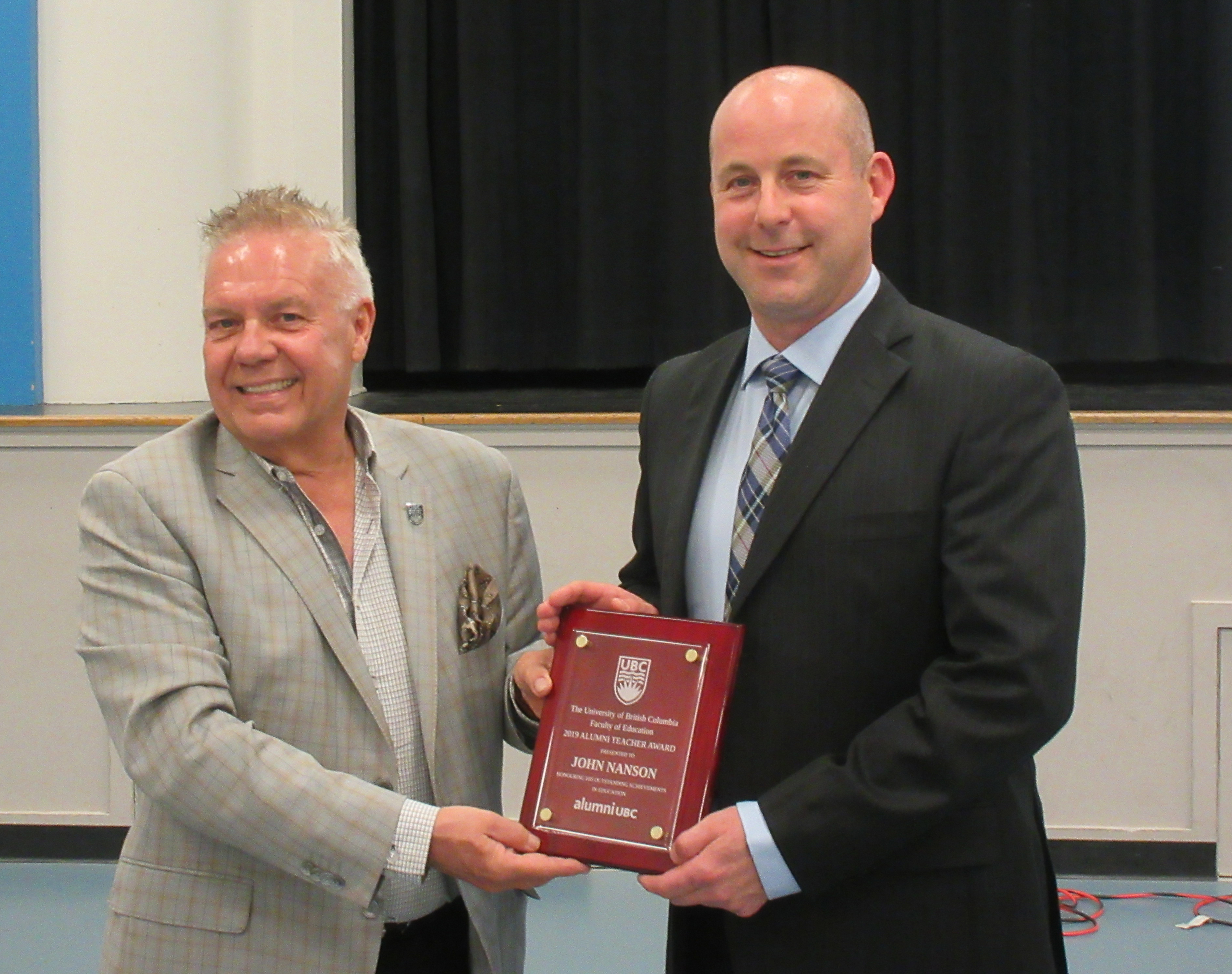