The Faculty of Education and the Janusz Korczak Association of Canada are pleased to announce the Dean’s Distinguished Lecture. 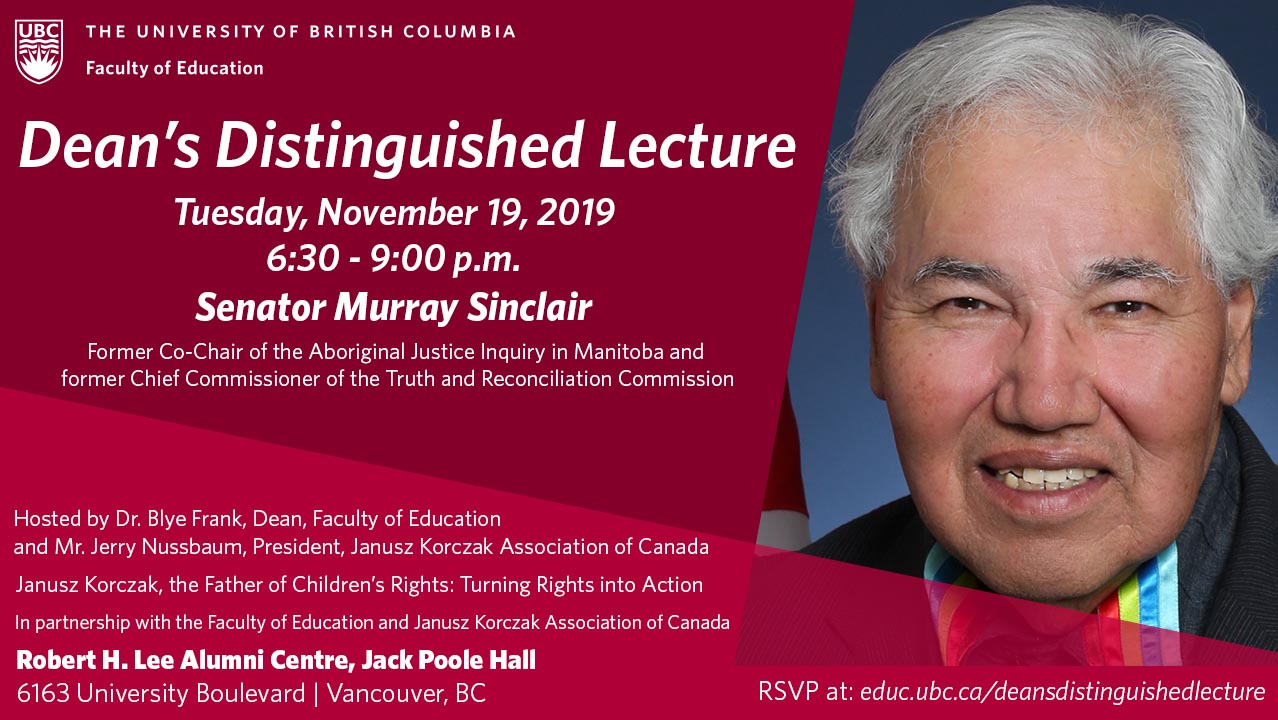 Senator Sinclair served the justice system in Manitoba for over 25 years. He was the first Aboriginal Judge appointed in Manitoba and the second in Canada.

He served as Co-Chair of the Aboriginal Justice Inquiry in Manitoba and as Chief Commissioner of the Truth and Reconciliation Commission (TRC). As head of the TRC, he participated in hundreds of hearings across Canada, culminating in the TRC’s Report in 2015. He also oversaw a multi-million dollar fundraising program that supported TRC events and activities, including travel funds for survivors to attend TRC events.

He served as an adjunct professor of law at the University of Manitoba and remains active within his profession and his community. He has won numerous awards, including the National Aboriginal Achievement

Senator Sinclair has been invited to speak throughout Canada, the United States and internationally, including the Cambridge Lectures for members of the judiciary of various Commonwealth Courts in England. He was appointed to the Senate on April 2, 2016.

Please register for the event below. Space is limited.

Thank you for your interest in the Dean's Distinguished Lecture. This event is now at capacity and cannot accommodate more guests. Should you be interested in attending if a cancellation is received, please contact Faustina Cheung at faustina.cheung@ubc.ca. Thank you!