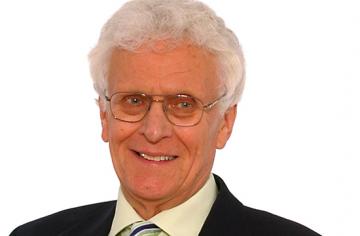 UBC alumnus Dennis Tupman has been involved in music education since the 1950s, moving from elementary and secondary music to advocacy for education in the arts.

“Teaching…it’s the most human of all activities”

For Dennis Tupman, as a Grade nine student in 1952, the decision to become a teacher was easy. Using music to help people, Howard Denike was an inspiration, not “just for a teacher, but as a person”. And  from grade ten on, Mr. Tupman was going to be a teacher.

Following one year of studies at the Provincial Normal School in Victoria, his first teaching job was at Central Junior in Victoria. In 1957, Mr. Tupman had an opportunity to build a program from scratch when he was appointed to a position in secondary music education in Kitimat. Once he shifted his focus to secondary education, he completed his Bachelor of Education and ultimately a Masters’ degree.

“Teaching isn’t always to make kids comfortable. Learning is about asking questions and not giving the answers.”

From 1957 to 1971, Mr. Tupman worked as a teacher, counselor, and advocate of the arts in Kitimat, B.C. It was during this time that he crystalized his philosophy of education. “In the ‘60s we were much more rebellious”, encouraging students to understand themselves through their art. Through a lot of hard work and passion for education, the fledgling arts program grew and Mr. Tupman earned a reputation for developing student-centred programs.

The 1970s brought the opportunity to work as a district principal for the Performing Arts with the Vancouver School Board. The move into administration offered Mr. Tupman the chance to “bridge the gap between the performing artist and the teaching artist and get artists into the classroom”. The connection between schools and artists served to solidify the place of the arts within the curriculum.

In November of 2011, Mr. Tupman was awarded an honourary doctorate, from the University of Victoria, in recognition of his work as a tireless advocate in support of the arts. This sits with his other accolades, including the Governor General’s Award for Lifetime Arts Leadership. He has served as president of the B.C. Music Educators Association, the Canadian Music Educators Association, and the B.C. Choral Federation, reinforcing his role as an ambassador and advocate for music education.

It was just before retirement, that Mr. Tupman “sort of fell into” an advocacy role; “It’s not something I set out to do. I set out to be a teacher”. But he suggests that it was “more because it just needed to be done”. At the time, there were no formal advocacy groups in B.C. or nationally – which he had a hand in starting.

Despite retirement from teaching, Mr. Tupman is still active in the arts community, both locally and nationally. He is a regular contributor to Canadian Music Educator magazine and still endeavors to bring musicians into the community. But he sees work still to be done, particularly in teacher education, to explore various means to assess the arts. He believes fervently that it is important to trust the teachers and support the arts.

This profile was adapted from an interview by the organizers of the UBC Year of Teacher Education.