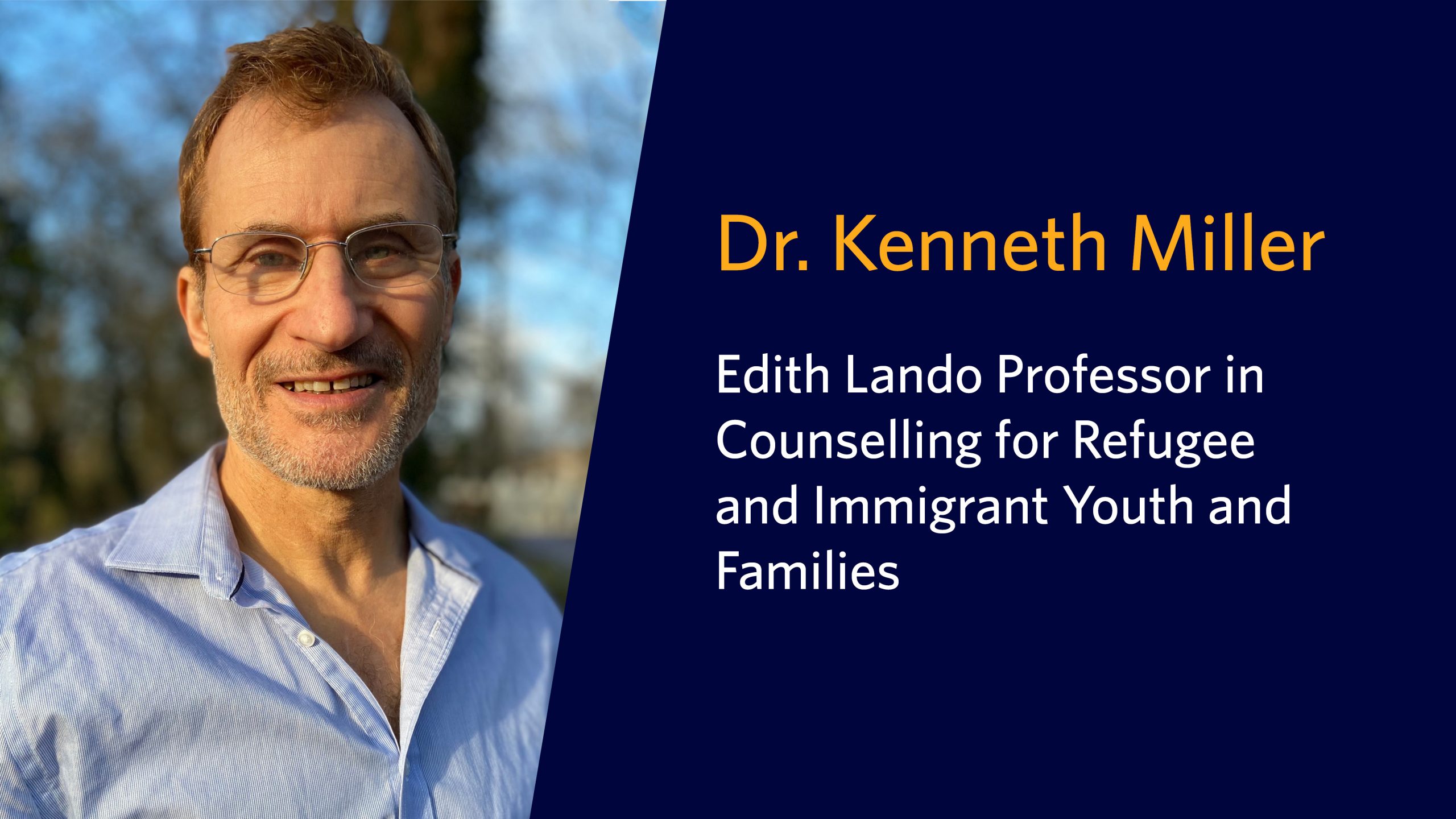 “At least 82.4 million people around the world have been forced to flee their homes. Among them are nearly 26.4 million refugees, around half of whom are under the age of 18.” – Office of the United Nations High Commissioner for Refugees (UNHCR)

The Edith Lando Professor in Counselling for Refugee and Immigrant Youth and Families—the first of its kind in the UBC Faculty of Education—will provide leadership in research to understand and respond to the current needs of immigrant and refugee children, youth and their families settling in Canada, and to further knowledge on the delivery of education and counselling services for these groups of people in British Columbia schools and beyond. Learn more.

“It is timely and significant that this position is dedicated to leadership addressing the current needs of immigrant and refugee children and youth and their families settling in Canada to extend the knowledge based on the delivery of education and counselling services. I think that now more than ever, with the current geopolitical crises unfolding, this role will make a difference to so many. The Faculty of Education is pleased and honoured to be able to support this work in the name of refugee and immigrant children and families with this generous donation.” – Dr. Jan Hare, Dean pro tem

Dr. Kenneth Miller is appointed the Edith Lando Professor in Counselling for Refugee and Immigrant Youth and Families. The appointment will commence on June 1, 2022 for a five-year term.

Throughout his career, Dr. Miller has taken a unique approach to academia, centering his research, teaching, and service as opportunities to effect change through working with non-governmental organizations (NGOs) in war-affected countries.

Dr. Miller is currently a Senior Researcher at War Child Holland, a Netherlands-based, international non-profit organization that works to improve the resilience and wellbeing of children living with violence and armed conflict. He joined War Child in 2015 to help establish the organization’s Research and Development Department, where he develops and evaluates psychosocial interventions for conflict-affected communities. Previously, Dr. Miller was an Associate Professor of Psychology at Lesley University (2012–14), Pomona College (2005–08), and San Francisco State University (2004–05) where he was initially an Assistant Professor (1999–2004). He has published extensively on the mental health effects of armed conflict and displacement, and co-edited the book The Mental Health of Refugees. His book War Torn explores resilience and its limits in six war-affected communities. He also writes a popular blog on PsychologyToday.com named The Refugee Experience.

The Faculty of Education offers sincere thanks to the Edith Lando Charitable Foundation.