Educator, counsellor and mentor, Avraham Cohen has made significant contributions to the fields of counselling psychology and education over the last 45 years.

After earning his Bachelor of Philosophy at the University of British Columbia in 1967, Cohen served as treatment supervisor at Maples Adolescent Treatment Centre in Burnaby for 11 years. He later became the executive director at Loma Residence Association, a non-profit organization that provided services to young adult psychiatric patients. Since 1987, Cohen has managed his own private practice in Vancouver, with a focus on long-term individual work and couples therapy. He served as the developer and leader of the Whole Person Meditation Training Group.

Cohen earned his Doctorate of Education from UBC in 2006, and was recognized with the Graduate Student Mentorship Award and the Dean of Education Scholarship. He is currently professor of counselling and program coordinator at City University of Seattle in Vancouver. Cohen published widely in peer-reviewed journals and presented his work at over fifty national and international conferences. He wrote and co-edited several books, the most recent being Becoming Fully Human within Educational Environments.

An array of awards recognize Cohen’s contributions to his field. He received the President’s Award for Distinguished Contribution to the Discipline of Counselling from the BC Association of Clinical Counsellors in 2007. In 2008, he received the Professional Article Award from the Canadian Counselling and Psychotherapy Association. Cohen was awarded the Ted T. Aoki Prize for Outstanding Dissertation in Curriculum Studies and a fellowship from the Social Sciences and Humanities Research Council of Canada. 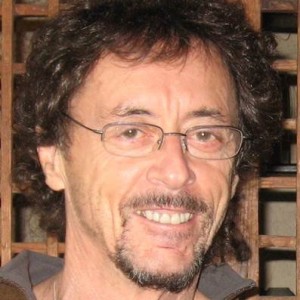