Educator, activist, and community organizer, Balwant Sanghera was identified by The Vancouver Sun as one of the 100 most influential Indo-Canadians in British Columbia.

Sanghera came to Canada in 1966. He quickly became an important community figure in Lillooet, BC, serving on the municipal council for thirteen years. In 1983, Sanghera obtained his Master of Education at the University of British Columbia.And in 1990, accepted a position as a school psychologist with the Burnaby School District. There, he worked at the Maple Adolescent Centre where he helped youth with behavioral difficulties.

Sanghera retired in 2004 and continues to be a major pillar in the community, particularly in the counselling of new immigrants and adolescents. He is a former member of the board of directors of the Sikh Alliance Against Youth Violence and a former member of City of Richmond Intercultural Advisory Committee. He served as vice-chairman of the board of Langara College, as a Senator at Simon Fraser University from 1994-2001, and as chairperson of the BC Teachers’ Federation Committee of Ombudspersons. He is currently president of the Punjabi Language Education Association of BC, the East Richmond Community Association, and chairs the South Asian Community Coalition Against Youth Violence.

In recognition of his efforts, Sanghera was appointed to the Order of British Columbia in 2004. He was honoured as one of the top 25 Canadian Immigrants for 2010 by Canadian Immigrant Magazine and was named one of the 100 most influential Indo-Canadians by the Vancouver Sun. He was awarded the Queen’s Golden Jubilee Medal in 2002 and the Queen’s Diamond Jubilee Medal in 2012.He was awarded the Solicitor General Community Safety and Crime Prevention Lifetime Contribution Award in 2011. 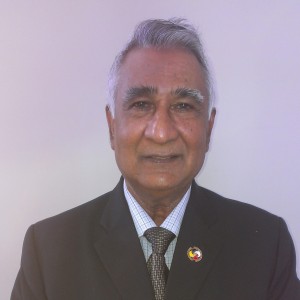