Recognized community leader, Bill McNulty is hailed as an approachable leader, passionate about sports, arts, and the value they bring to communities.

McNulty received a Bachelor of Physical Education from the University of British Columbia in 1968. He furthered his studies at UBC with two master’s degrees, one in Physical Education in 1970 and the other in Counselling and Psychology, in 1983. He began his leadership involvement as a physical-education student in the role of director of UBC’s intermural program. His service continued well after he graduated from UBC: he was later president of the UBC Alumni Association and a twenty-five year member of the UBC Senate. Giving not only of his time but also of his means, McNulty endowed a scholarship in his name for the School of Kinesiology.

Beyond UBC’s gates, McNulty’s leadership and service continues. He is a sitting councillor for the City of Richmond, a role he has served in for two decades. He worked as a counselor and educator at Magee Secondary School, wrote a book on the history of Steveston, and documented the records and accomplishments of BC’s athletes as a track historian.

For his ongoing leadership in the arts, McNulty was made an honorary member of the Richmond Community Arts Council. In 2005, he received a BC Community Achievement Award, and in 2013, he was awarded the Queen Elizabeth II Diamond Jubilee Medal. 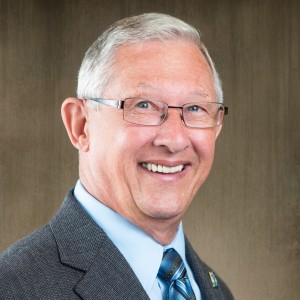