A pioneer in the fields of recreation and sport both provincially, nationally, and internationally, Clyde Griffith is one of the first graduates of the Recreation Management program at the University of British Columbia.

Prior to graduating from UBC with a Bachelor of Physical Education in 1964, Griffith was the first recreation director for the cities of Delta and Surrey, where he prepared design plans and site locations for the Surrey Fine Arts Theatre Complex. While a student at UBC, he won the prestigious International Student of the Year award. He later served as recreation director for the City of Port Coquitlam in 1968, overseeing the planning and design of the first multipurpose ice arena and recreation centre in the province.

Griffith held the role of recreation consultant to the BC provincial government for over 20 years. In this capacity, he was a contributing member and representative on behalf of the province to the BC Summer Games, the Canada Summer and Winter Games, the National Committee for Skills Management Development, and the National Olympic Committee. He was also the government liaison for the Commonwealth Heads of Government Conference and team attaché for Trinidad and Tobago at the Commonwealth Games.

Griffith’s contributions to the wider community were equally impactful and long-lasting. For 25 years, he sat on the advisory board for UBC International House and was an executive member of the BC/Yukon Red Cross Water Safety Branch. Griffith was president of the BC Black History Awareness Society and chaired the education committee responsible for writing The Black History Resource Guide, distributed to schools throughout the province. He was also a branch vice-president for the Royal Commonwealth Society for five years.

Griffith was recognized for his contributions with numerous public acknowledgements and awards, including the UBC Voluntary Service Award for his service to International House, and a Volunteer Services Award for 25 years of service to the Canadian Red Cross. He also received an award from the Caribbean African Association of UBC for his invaluable support as an honorary member. In 2012, Griffith was awarded the Queen Elizabeth II Diamond Jubilee Medal. 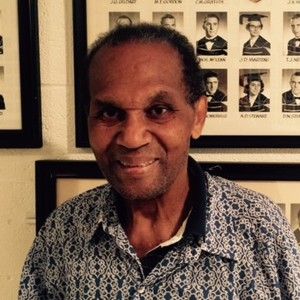