Veteran, educator and ethnographer, Colin McCaffrey earned a Master of Education from the University of British Columbia in 1963. His passion for learning, education and rural community development took him across the globe over the course of his life.

McCaffrey served in the Second World War and certified as a teacher in Brittan shortly afterwards. He came to Canada in the 1950’s and taught in communities including Lake Cowichan, Yellowknife, Kugluktuk (previously known as Coppermine) and Fort Nelson. McCaffrey responded to a lack of engagement by youth in education by teaching prospect skills to engage them in learning that applied to their lives. He was able to build the love of learning in these communities and increased student involvement.

Social and cultural change in the area brought challenges with traditional knowledge and economic systems. Youth were displaced in cities with hunting skills that weren’t translating into their changing environment. McCaffrey launched prospecting classes our on the tundra and youth found new ways to use their traveling and survival skills to gain employment and still validate traditional culture.

He went on to doctoral research, in 1967, with the Kekchi Maya in Belize, then known as British Honduras. He studied in a remote village focusing on ethnographic research and perspectives in community development. His engagement with the local villagers bloomed an opportunity to facilitate their securement of government funds to finish the last 10 miles of main a road in their city. The lasting impact of this road has enabled transportation and communication over decades. His dissertation, Potentialities for community development in a Kekchi Indian Village in British Honduras, was published and cited in later research. He returned to Belize annually after his PhD was complete to continue his ethnography and community development efforts as long as he was physically able.

McCaffery is known for his passion of education, library of over 40,000 books and Spartan lifestyle that enables him to inspire the love of learning everywhere he goes. Recently, UBC honoured McCaffrey as a longstanding student award donor at Bachelor of Education Student Awards Night. 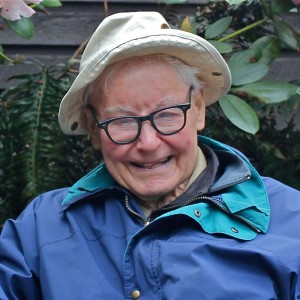