Born in Williams Lake to a Secwepempc family and as a member of the Esketemc First Nation, DeRose graduated from UBC’s Indigenous Teacher’s Education Program (NITEP) with a Bachelor of Education in 1981. She also earned a Diploma in Education in 1990, and completed the UBC Ts”kel Master’s Program in 1993. DeRose taught in the Cariboo Chilcotin School District for nine years, and then served as principal for various elementary schools in the Kamloops/Thompson School District for nearly two decades.

During her career as an educator, DeRose advocated for the inclusion of Aboriginal languages, history, and culture in the school curriculum. A community organizer, she sought the genuine involvement of parents, caregivers, and local communities in her schools. She served as the first Aboriginal educator at the former BC College of Teachers for over eight years, and has chaired and co-chaired the First Nations Education Council at UBC for 13 years. In 2005, DeRose was awarded the inaugural Teacher Educator Award from the Association of BC Deans of Education for her work in supporting and promoting teacher education at the school level.

In 2012, DeRose was appointed to the BC Ministry of Education as the first ever Superintendent of Aboriginal Achievement. The position was created to improve the rates of high-school graduation for Aboriginal youth, which is on average 30% lower than non-Aboriginal students. 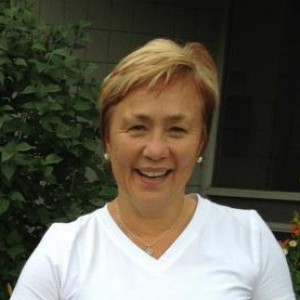