Educator, Denise Clark is a Vancouver secondary school teacher and department head that has helped develop curriculum for students around the province.

With the Vancouver School Board (VSB), Clark worked with the school’s student council from 1999-2003, helping start the annual school community carnival “Technival” and has served as a grad committee sponsor since 2003. In 2008, she was a workshop creator, leader and co-presenter with Liisa House for the Literature Circles: A Reader Response Approach workshop. She worked with the VSB from 2011-2012 to develop curriculum for the Compassion in Action conference and was a member of its Personal Responsibility and Awareness Competency Development Team in 2015. Currently she serves as VBS inquiry facilitator, assisting teachers at schools around the city, and sits as Chair on the Professional Development Committee.

In collaboration with the B.C. Ministry of Education, Clark developed learner profiles to help define what personal responsibility and awareness meant for students across the province. Clark is currently a member of the Ministry’s English Language Arts Curriculum Development, where she developed a draft for the new provincial curriculum and provided examples for its most appropriate use.

Clark has been a key proponent of the national Poetry in Voice competition and taught two of its first-place winners. She spearheaded the Grade 12 AP English students’ Elizabethan banquet, complete with Shakespearean skits performed in the school’s garden. 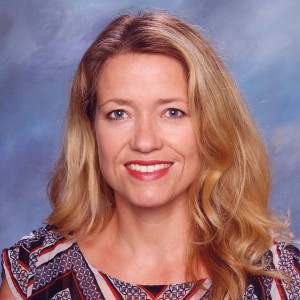