Ginny Dennehy is a recognized leader in providing resources for youth suffering from mental illness and depression. In 2001, Ginny Dennehy’s son took his own life as a result of depression. In response, Ginny, along with her husband Kerry, formed the Kelty Patrick Dennehy Foundation.

In a 2013 article in the Globe and Mail, Dennehy advocated: “I believe in life you don’t have a choice of what happens to you but you do have a choice in how you deal with it. No matter what happens in your life, you can go on. You have to dig to places you don’t even know, but you can go on.” Her life is a testament to this. As a 1978 graduate of Univeristy of British Columbia’s Physical Education program and Gamma Phi Beta alumna, she has “gone on” to become a leader in mental health philanthropy.

In 2009, Dennehy dedicated herself full-time to the foundation. She took over as president, redoubled her efforts to the fight against mental illness, and cycled with her husband across Canada to raise money for the cause.

Dennehy continues to work with the foundation. She published a book, Choosing Hope: A Mother’s Story of Love, Loss, and Survival in 2013, about her experience with loss and her way through it.

This spring Dennehy received an honorary Doctorate of Laws from the University of Fraser Valley. 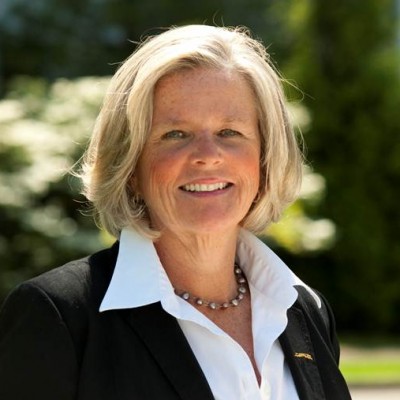