Varsity basketball star, community leader, and assistant coach to the Toronto Raptors, Jama Mahlalela’s enthusiasm and positive energy continues to deliver results both on and off the court.

As a student at the University of British Columbia, Mahlalela was recruited to the Thunderbirds varsity basketball. Mahlalela was co-captain in 2003, and during his fourth year was elected to be president of the Thunderbird Athletic Council, the representative council for all varsity teams. Mahlalela graduated in 2004 with a Bachelor of Kinesiology from UBC and the Jama Mahlalela Award was created in his honour. The award is presented in recognition of excellence in the areas of selfless dedication, leadership, and spirit as a student-athlete and citizen of UBC. Notably, the award is not given out annually, but only when a candidate worthy of the honour is present: in the decade since Mahlalela received the award, it has only been presented twice.

After his time at UBC, Mahlalela served as assistant coach for the University of Toronto varsity basketball team, and worked for the National Basketball Association in various capacities. He began with the association in a community relations and development role, before moving to Hong Kong in 2009 to take a position with NBA Asia. There, he spent two years as the director of basketball operations, before returning to Toronto where he was named a member of the Toronto Raptors’ coaching staff. He is currently assistant coach, and is responsible for many aspects of training and player development.

Mahlalela is founder of Concrete Hoops Basketball Camps, and runs international exchange camps between Toronto and Swaziland to promote youth engagement and AIDS prevention. He stayed connected to his UBC roots, acting as master of ceremonies at UBC alumni events in Toronto. 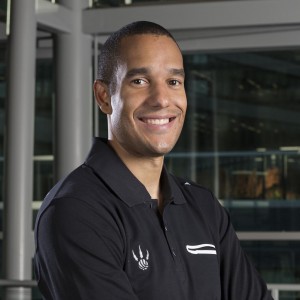