A leader of social change and capacity development for communities, Jane Hungerford’s work has left an indelible impact on education, conservation, healthcare, and social services.

Hungerford’s connection to the University of British Columbia began with a Bachelors of Education in 1967. In the early 1970’s, she joined the Junior League of Greater Vancouver. She supported the implementation of English as a Second Language programs in Vancouver schools that became a template for ESL education throughout British Columbia. In her role as a founding member of Science World and member of its leadership team (1987- 1994), she helped raise $25 million for the organization’s expansion. Hungerford has also worked closely with the Salvation Army, helping to spearhead the creation of the first facility for victims of human trafficking in the lower mainland, and with the Pacific Salmon Foundation, where she was instrumental in developing the organization’s signature regional fundraising dinners, now in their 25th year.

Some of Hungerford’s most acclaimed work has been for the BC Cancer Agency and the BC Cancer Foundation (1997-to date), where she served as chair of the foundation and in a director role for both organizations. The Millennium Campaign, Canada’s largest health care fundraising campaign in its time, was introduced under her leadership. The campaign raised $135 million for the construction of the new BC Cancer Research Centre, the Vancouver Island Cancer Centre and the creation of the Michael Smith Genome Science Centre. These facilities have been home to the development of new targeted therapies, advanced clinical tests, and world renowned discoveries of genetic makeup and subtypes of cancer. Hungerford was the visionary and driver behind the BC Cancer Foundation’s Inspiration Gala and committee, raising over $20 million and enabling BC supporters to contribute to leading-edge research that directly improves cancer outcomes for the past decade.

Hungerford served as Chair of the UBC Alumni Association Board from 2001 to 2005 and was involved with the restructuring that led to the current alumni UBC model. She was an early champion for an alumni centre at UBC. She chaired the search committee that hired Marie Earl as the first Executive Director, alumni UBC and Associate Vice President, Alumni, and also served on the search committee that hired UBC’s 12th President, Professor Stephen Toope. She has been deeply involved with the John M.S. Lecky UBC Boathouse and its Gold for Life executive volunteer committee that raised $10 million to construct the off campus facility. The committee received the 2010 UBC Alumni Milestone Achievement Award for its commitment to the project that provided UBC with the world-class rowing facility, equipment and scholarship endowments needed to ensure continued success in the sport. Hungerford was also made a honorary member of the Big Block.

Hungerford also has received the Slonecker Award for outstanding volunteer contribution to UBC. Her leadership and dedication have been recognized by the alumni UBC Blythe Eagles Volunteer Leadership Award, and she has received both the Queen Elizabeth II Golden Jubilee and Diamond Jubilee medals. In 2014, Jane Hungerford was appointed to the Order of British Columbia. 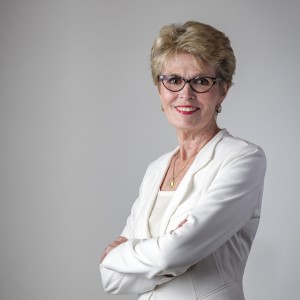