Author, educator and community leader, Leslie Johnstone has been inspiring science interest and curiosity in Point Grey Secondary School (PGSS) students for nearly three decades. Her own love of science is evident in the more than 60 books she has written with co-author Shar Levine that make science interesting and accessible to young people.

With titles like The Icky, Sticky and Gross Fascinating Factbook, and Dirty Science, winner of the Canadian Science Writers Association Youth Book Award, Johnstone and Levine’s books sold more than two million copies worldwide and were translated into several languages.

Now acting vice-principal, Johnstone has taught science at PGSS since 1988 and headed the science department since 2002. She received her Bachelor of Science from the University of British Columbia in 1981 and worked at UBC as a researcher and sessional lecturer in the Departments of Anatomy and Zoology. In 2007, she completed her Masters of Education in the joint program between Curriculum Studies, and Educational Administration and Leadership.

She is a sought-after science speaker and workshop presenter, and an active school and community volunteer. Johnstone served as advisor, treasurer, and chairperson to the board of the Alpha Omicron Pi Vancouver alumnae chapter, the sorority she joined while a student at UBC. She was an active member of the BC Science Teachers’ Association, acting as organizer of the annual conference and editor of its journal. Johnstone also lent a hand to advancement at UBC, co-chairing a fundraising event and book launch for the Electron Microscope Laboratory.

Through her teaching and writing, Johnstone has inspired a love of science that has been recognized with the Eve Savory Award for Science Communications, the Contributions for Science Education Award, the Elizabeth Heywood Wyman Award and the Society for Canadian Women in Science and Technology Award. Her interest and teachings have influenced many young girls to pursue their interest in science. 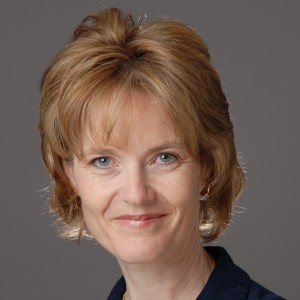