Award-winning athlete and university administrator, Marilyn Pomfret has been a leading force for girls and women’s athletics in British Columbia.

Pomfret arrived at the University of British Columbia in 1951 as a volleyball and basketball athlete. She earned the Intramural Block award in her second year and was elected to the Physical Education Undergraduate Society executive for 1952-53 school year. As president of the Women’s Athletic Directorate, she created and organized several women’s sporting events. Also while at UBC, she was a member on UBC’s Women’s Undergraduate Society council and in her last year, a member of the UBC students’ council. Pomfret graduated in 1954 with a Bachelor of Physical Education.

She taught high school for nine years before returning to UBC in 1963 to teach, coach and serve as women’s athletic director from 1963 to 1969 and again from 1972 to 1986.
As director, she successfully lobbied for better funding for women’s athletics and presided over an era where the Thunderbirds dominated in track and field, basketball, swimming, diving, and field hockey. As coach of the Thunderbirds volleyball team, her squad won two national titles.

Pomfret established the Canadian Women’s Intercollegiate Athletic Union. She served as its first president, and later helped amalgamate it with the Canadian Intercollegiate Athletic Union, now Canadian Interuniversity Sport. After retirement, Pomfret received the CIAU Austin-Matthews Award for outstanding contribution to the development of university sport in Canada and the YWCA Woman of Distinction Award. In 2004, Pomfret was inducted into the BC Sports Hall of Fame. 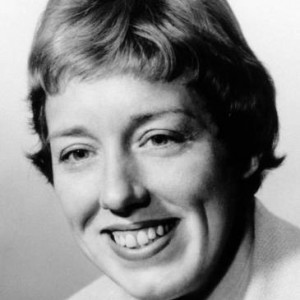