Leader in sport and outdoor recreation, May Brown made significant contributions to the University of British Columbia and Canada over a career spanning more than 60 years.

Brown taught physical education at University of British Columbia from 1947 until 1955, and went on to earn her Master of Physical Education in 1961. As the coach of the women’s field hockey team, she instilled a sense of team loyalty and accountability that continues to the present day. In her honour, UBC created the May Brown Trophy for the graduating female athlete of the year.

In 2000, Brown received a UBC Alumni Achievement Award, and was inducted into the UBC Sports Hall of Fame in 2007 for her contributions to the sport of field hockey. She was recognized for her ability to motivate her players earning their respect and admiration. Brown maintained a strong connection to UBC athletics, serving as member of the UBC Sports Hall of Fame Selection Committee and UBC Athletics Council, and through ongoing support of the Big Block Club and women’s field hockey team.

Brown also had a distinguished political career; she was motivated to join politics in part by the poor state of Vancouver’s playing fields. She was elected to the Vancouver Park Board and served as city councillor for ten years. Her love of the outdoors and physical activity drew her to appointments on board of directors of the YWCA, the Canadian Camping Association, the National Advisory Council of Fitness and Amateur Sport, and the Victoria Commonwealth Games Society.

In 1986, she was appointed to Member of the Order of Canada. In 1993, Brown was inducted into the Order of British Columbia for her model community involvement, “her contributions over the years, in teaching, physical education, sports and public service are a matter of record to British Columbia.” 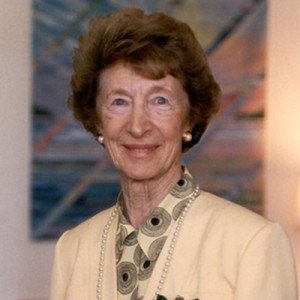