Educator and leader in her field, Patricia Wakefield impacted English-language education at UBC and in British Columbia.

In 1967, Wakefield served as the first president of the Association of BC Teachers of English as an Additional Language (BC TEAL). She completed UBC’s first Master of Education in English Education, TESL (teaching English as a second language) specialization in 1969. Later, she was appointed head of the TESL department at Vancouver Community College, and in 1975 became the Vancouver School Board’s first TESL consultant.

At UBC’s Faculty of Education, Wakefield taught the ESL teacher education course and supervised the practicum. She pushed for improvements in instructor education, student programming and testing procedures. In her role as special assistant to the director of the UBC Child Study Centre, Wakefield worked with colleagues in BC educator programs to develop pre-school ESL. She co-authored many books and articles on the subject, including Teaching the World’s Children: ESL for Ages Three to Seven; Early Childhood Education for a Multicultural Society, ESL for Young Children, K-12; and a number of curriculum guidelines for the BC Ministry of Education.

At the time of her retirement in 1985, the BC TEAL established a scholarship in cooperation with the British Council to honour Wakefield’s long service to the English-language education. She remains active and engaged in the community, and created training programs for docents of the Vancouver Art Gallery engaged with students learning English. 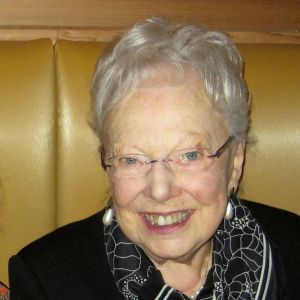