Educator and administrator, Sheila Wells is a champion for mentoring young athletes and improving student health and fitness.

Wells received a Bachelor of Education at the University of British Columbia in 1978. While enrolled, she represented UBC at four national curling championships and subsequently won the Barbara Schrodt Trophy for outstanding contributions to UBC women’s athletics.

She returned home to Prince Rupert in 1978, where she taught high school home economics and physical education. During her first teaching job, she created a certified physical education program that incorporated outdoor activities into the curriculum. She also began volunteering as a curling, bowling and baseball coach.

In 1993, Wells won an Alcan Award in recognition of her years coaching curling. The same year, she received a City of Prince Rupert Award for her efforts to encourage student participation in extracurricular sports.

She became a vice-principal in 1995 and principal in 2002, both at Prince Rupert Secondary School (PRSS).

Wells’ impact has reached beyond sports. From 2007 to 2008, she commissioned a stunning three-dimensional cedar art piece, which Ts’msyen First Nation artist Russell Mather crafted for the PRSS entrance. The project brought Aboriginals and non-Aboriginals together through all phases of the construction. A print of the work resides in the permanent collection of Ottawa’s Museum of Civilization. In recognition of her role in the project, Wells was adopted into the Gispaxlo’ats Sgyiik Tribe at a ceremony in May 2015.

Before Wells’ retirement this year, one of her last acts as principal was to introduce a daily physical education program to keep her students active and healthy. 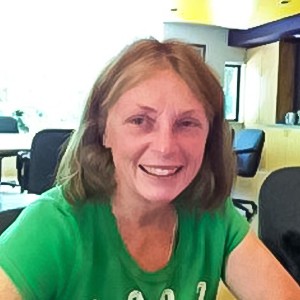