Innovative educator, senior leader and educational researcher, Steve Cardwell is known for his valuing of ethical leadership and responsibility, building and fostering strong working relationships, and leading with technology. He is well recognized for his recent service as Superintendent/CEO of the Vancouver School Board.

Since 1980, Cardwell has supported teaching and learning when he began his career teaching secondary biology in Kitimat. Over nine years in this Northern British Columbia community, Cardwell served in various leadership capacities, including President and Bargaining Chair for his local teachers’ association and as a representative on the BCTF Provincial Bargaining Committee. He served as President of the BC Science Teachers’ Association (BCSTA) and coordinated many conferences. During this time, he was pedagogical consultant and an author of Science Probe 7 (1ed), a textbook used throughout BC.

Cardwell was a school administrator in Richmond before joining the Delta School District, where he supported staff and students through several district roles starting as Science Coordinator in 1991 and concluding in 2009 as Superintendent. He combined his roles in Delta with secondments as a Faculty Associate and various sessional appointments for higher educational institutions in the province.

He graduated from the University of British Columbia with a Bachelor of Science in 1979 and a research-based Master of Arts in 1988. Later on, he completed a doctorate in Educational Leadership with a focus on student engagement in urban secondary schools and spoke on behalf of his graduating class at their 2012 convocation. He has presented many times on student engagement, including giving key sessions for the BC School Superintendents’ Association, CUPE BC, BCSTA, and UBC.

A recent Past President of the BC School Superintendents’ Association (BCSSA), Cardwell served as President, Vice President and for three years as professional development chairperson. He also served as PD chairperson for the Metro Vancouver Chapter. In his role as President of the BCSSA, Cardwell was a partner group advisor to the Teacher Regulation Board, the Education Advisory Council , and recently served on the Exempt Staff Compensation Working Group with the BC Public School Employers’ Association.

Cardwell currently serves on the Science World Board, the Technology Education and Careers Council, the BCIT Technology Teacher Education Advisory Committee and has just been appointed to the Council of the Canadian Education Association. He recently completed terms serving on the Provincial Service Delivery Review Project Steering Committee, the UBC Faculty of Education External Advisory Committee, and the BC Council on Admissions and Transfer.

He served on the BC Council for International Education and maintains a strong interest in building multi-cultural connections and awareness on a global level and has travelled in Europe, South Korea and China. He was recently appointed as a Provincial Inspector of BC Offshore Schools. In 2015, he was appointed as Professor of Teaching and Director of the Transformative Educational Leadership Program with the Faculty of Education at UBC.

Cardwell was awarded the Queen’s Diamond Jubilee medal in 2013 for his outstanding service to public education and in April 2015 received the BCSSA Distinguished Service award for his contributions to the profession. 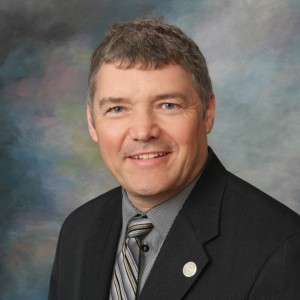