Educator, administrator and member of the Wet’suwet’en First Nation, Victor Jim is a dedicated advocate for Aboriginal student education in British Columbia.

Jim was among the members of the first graduating class of the University of British Columbia’s Indigenous Teacher Education Program (NITEP) in the spring of 1978. He subsequently received his Master of Education from the UBC Ts”Kel program in 1999.

After teaching in Kispiox, for two years, and Moricetown, for eighteen, Jim became the Aboriginal education district principal for Prince George. Graduation rates for Aboriginal students in Prince George have climbed from 31 to 56 percent over the last ten years. Jim intends to further improve rates under his leadership, aiming for 60 to 65% over the coming years. He credits recent success to the establishment of Nusdeh Yoh, the province’s first Aboriginal choice school, as well as efforts to include Aboriginal workers at the district’s other schools. The workers encourage students to reach their educational goals and intervene if they begin to falter. Jim also serves as the chair of the Moricetown Band Council Education Committee, co-chair of the First Nations Education Council, and on NITEP’s advisory board.

Jim’s early participation in NITEP made him a trailblazer in his community, passing his passion for education on to his students as well as his children. In 2012, his eldest son graduated from medical school to become Moricetown’s first doctor; his daughter plans to become an educator herself. 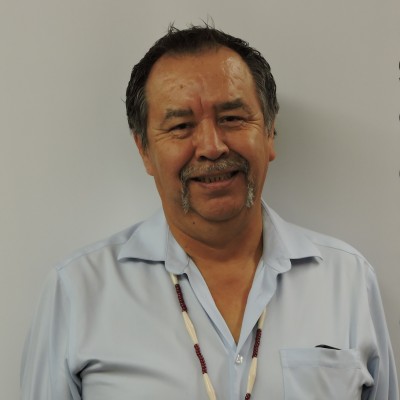