Educator, leader, and advocate for social justice, Vivian Rygnestad has had an outstanding impact on education communities. She earned a Bachelor of Education in 1965 and a Masters of Education in 2002.

Rygnestad taught in the Surrey School District for over 30 years. During that time she was an active BCTF workshop presenter to students and teachers throughout BC on multiculturalism and anti-racism issues. Following her time in the classroom, Rygnestad served as vice-principal and then principal in the Surrey School District for 10 years. In this capacity she became a member of the BC Principals’ & Vice Principals’ Association (BCPVPA). As a member of the BCPVPA she was one of a small group who worked to develop the BCPVPA Leadership Standards which articulated four leadership domains (relational, instructional, organizational, and moral stewardship) that were embraced by BC’s school-based administrators and continue to serve as reference points for reflective practice and professional growth. She introduced the BCPVPA Leadership Standards to international audiences in Turku, Finland and at the Oxford Learning Roundtable.

Rygnestad currently serves as president of the BC Retired Principals’ & Vice-Principals’ Association (BCRPVPA). She actively promotes the BCPVPA student scholarship program, has strengthened ties with active administrators and has revised the BCRPVPA Constitution and bylaws.

Rygnestad has an enduring commitment to social justice, most notably in her work with the Japanese-Canadian Community. Her aim is to preserve Japanese Canadians’ accomplishments and history and to educate the Canadian public about how Japanese Canadians persevered and overcame the hardships dealt to them. She served as an active committee member that worked to convince the UBC Tributes Committee to honour the 76 Japanese Canadian UBC students who were exiled in 1942. Vivian is also the Chairperson for Landscape of Injustice’s Community Council’s $5.3 million project that is researching the displacement and dispossession of Canadians of Japanese ancestry. 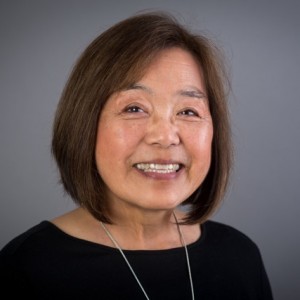