In her 30-plus years with the Richmond School District, Wendy Ann Lim has been dedicated to developing student leaders through mentorship, community engagement, and environmental stewardship.

Lim earned both a Bachelor of Science in Biochemistry from UBC and a Diploma in Education in 1982. She later returned to her alma mater ten years later to complete a Master of Arts in Curriculum and Instruction in 1993.

Lim has been a classroom teacher, district administrator, vice principal, and is currently assistant superintendent of schools for the Richmond School District. As a secondary school teacher, she established a district-wide student leadership program to foster conflict mediation skills. Later as a K-12 district administrator, she implemented an environmental stewardship policy throughout the district. This included the training and mentoring of students to participate in Idle Free campaigns and as ambassadors in the federal government’s One Tonne Challenge, which ran from 2003 to 2006.

In 2008, Lim oversaw a student organization known as TABLE 38, where student leaders met monthly across the district’s ten high schools. Students shared ideas and developed action plans to realize the community building goals they had set for themselves. The same year, Lim won a Richmond Outstanding Community Award for her commitment to inspire, mentor, and improve the lives of youth.

In 2009, she was one of two district administrators tasked with coordinating a district-wide K-12 student leadership development program. Through the program, students learned problem solving, critical thinking, and the importance of positive community engagement. 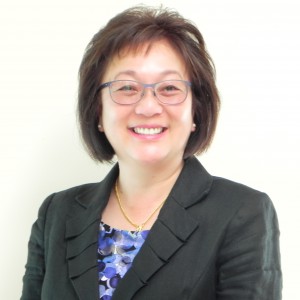