Educator and administrator, William Lindsay works to build bridges between the educational needs of First Nations peoples and the post-secondary institutions that serve them, for the benefit of both communities.

Lindsay is of Cree-Stoney heritage from the Prairies, but grew up in rural and urban First Nations communities in British Columbia. He received his Bachelor of Education in 1996 at the University of British Columbia through the Indigenous Teacher Education Program (NITEP), earning two entrance scholarships to the program and the Sharp Family NITEP Graduation Prize. Two years later, he earned a Master of Arts in History at UBC with a thesis that examined the Vancouver Aboriginal Friendship Centre in an age of Aboriginal migration and urbanization.

At a recent conference co-sponsored by UBC, Lindsay spoke of indigenizing the academy as “creating a welcoming environment at the university for Indigenous peoples and their ways of knowing.” In his role as director of the Office for Aboriginal Peoples at Simon Fraser University, he advocated for visibility of First Nations Elders on campus, with the aim to improve recruitment and retention of First Nations students.

As an educator, Lindsay serves on the front lines and has shaped policies on boards and committees at UBC and other institutions. At UBC, he served as associate director and acting director of the UBC First Nations House of Learning. He continues to promote Aboriginal issues in academic publications, at conferences and in popular media, through letters, articles and as a commentator on radio, television, and in newspaper interviews.

In 2000, he received a Certificate of Merit for Bravery from the Vancouver Police Department for defending a college student whose life was in danger. 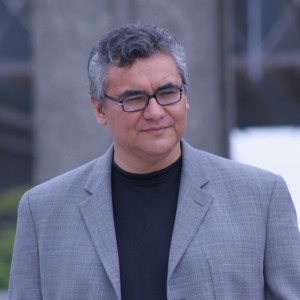