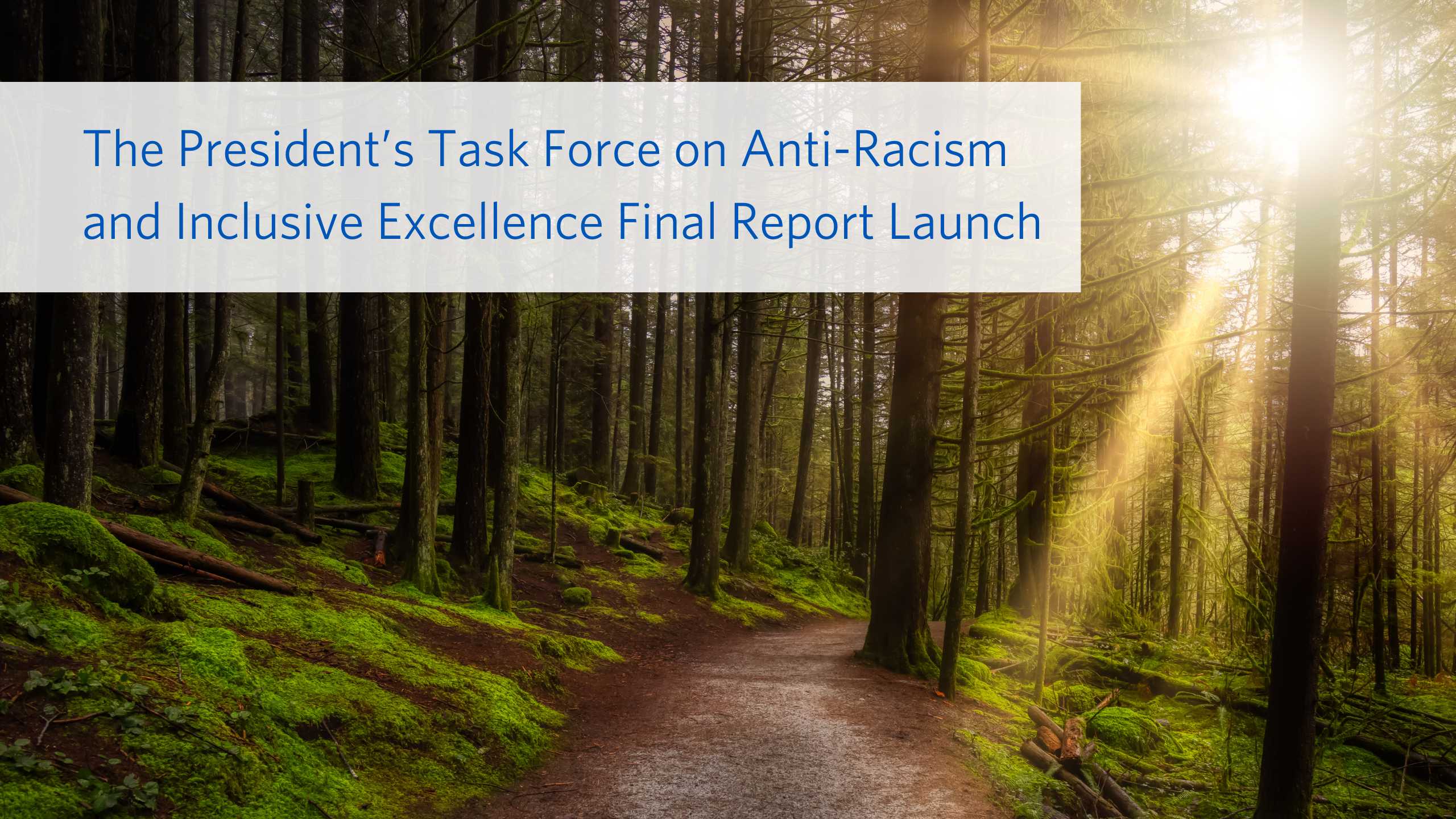 After a year of intensive work, the UBC President’s Task Force on Anti-Racism and Inclusive Excellence (ARIE TF) concluded its work and submitted its final report, which includes 54 comprehensive recommendations for addressing racism and discrimination within the UBC community and beyond.

“The ARIE Task Force report speaks truth for equity and justice. It is an invitation to members of the UBC community and others to find what resonates for them and inspires individual and collective action that contributes to making the University of British Columbia an anti-racist and inclusively excellent place to learn, work, live and thrive.” – The President’s Task Force on Anti-Racism and Inclusive Excellence Final Report

On April 22, 2022 the ARIE TF report was launched at a hybrid event during which Dr. Handel K. Wright (Faculty of Education) and Dr. Shirley Chau (School of Social Work), who served as co-chairs of the ARIE Task Force, provided an overview of the ARIE TF’s working process and presented the report. A subsequent panel discussion of the report’s recommendations featured Faculty of Education professors Dr. Ryuko Kubota, Dr. Andre Mazawi and Dr. Wright.

The ARIE TF final report, 54 Steps on the Pathway to an Anti-Racist and Inclusively Excellent UBC can be downloaded on UBC’s anti-racism website, along with each of the six constituent committee reports. Video of the launch event can be viewed on the Anti-Racism and Inclusive Excellence Task Force Report Launch event page.