A Faculty of Education program that helps former members of the Canadian military make the transition back to civilian life, is expanding into a non-profit organization that will provide services across Canada. 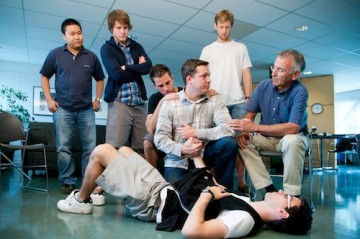 “As a veteran who served in Afghanistan, and a former participant in the program, I am grateful to our supporters for making the Veterans Transition Program more accessible,” says Tim Laidler, the Executive Director of the Veterans Transition Network, at an event today where the Royal Canadian Legion announced its commitment of $500,000 over two years.

Veterans Affairs Canada has committed $600,000 over the next four years. True Patriot Love, Canada’s largest funder of military family charities, has provided $250,000 to bring the program to the Atlantic Provinces. Wounded Warriors, an organization to support members of the Canadian Forces who have been injured in their service, has also contributed $100,000 to help expand the program in Ontario. 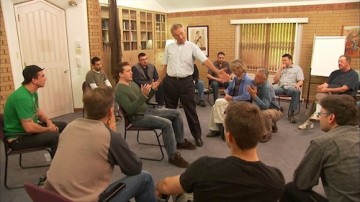 “Soldiers returning from service face complex issues and require multiple layers of support,” said Marvin Westwood, Professor in Counselling Psychology at the UB Faculty of Education, and one of the founders of the program. “This is one of the best examples of the community, postsecondary and troops working together to provide an established treatment program that will help modern day veterans.”

More than 275 veterans have participated in the Veterans Transition Program. It has been shown to reduce trauma symptoms, decrease depression and increase self-esteem – three barriers to making a successful transition to civilian life.

*These gifts form part of UBC’s start an evolution campaign, the most ambitious fundraising and alumni engagement campaign in Canadian history. For more information, visit startanevolution.ubc.ca.