Canadian business leader and newest “dragon” from CBC’s hit show Dragon’s Den, Lane Merrifield, is one of Canada’s leading entrepreneurs rethinking how technology can better serve Canadian students and how innovation and entrepreneurship can drive much needed change in our education system.

Join Lane Merrifield and Santa J. Ono, UBC’s President and Vice-Chancellor, in a conversation moderated by Camille Saltman, Managing Director of Entrepreneurship at UBC Okanagan, as they discuss how innovation and entrepreneurship are essential to address the massive adoption of technology in the next normal of online teaching and learning.

In what ways has the COVID-19 pandemic radically changed how K-12 and higher education have adopted online teaching and learning? In what ways can UBC ensure technological support for our future educational leaders and learners?

Join us for a lively conversation followed by a Q&A period.

Presented by the Faculty of Education on the UBC Vancouver and Okanagan campuses. 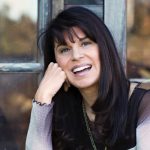 Camille Saltman is Managing Director of Entrepreneurship for The University of British Columbia, Okanagan Campus.  She leads the e@UBCO Mentor 2 Market entrepreneurship education program out of The Innovation Centre in downtown Kelowna. Camille recently returned from California to Canada after two decades leading, educating and mentoring hundreds of start-ups and building innovation ecosystems.

Prior to building two successful tech companies, she was President of CONNECT – widely regarded as one of the world’s first and most successful organizations to link inventors and entrepreneurs with the resources needed for commercialization. It has been modelled in 50+ regions, is credited with San Diego’s success as a tech leader and has helped launch over 300 companies that raised more than $600M in early-stage funding and achieved over $12B in market capitalization. 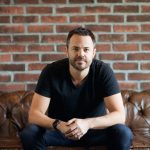 The newest “dragon” to join CBC’s hit show Dragon’s Den, Lane Merrifield is one of Canada’s leading tech entrepreneurs. He is the founder of Club Penguin, the largest children’s online social network. At age 28, he sold it to Disney for $350 million, and, as their youngest executive vice president, turned it into a billion-dollar brand.

In 2012, Lane returned to his entrepreneurial roots and launched FreshGrade, a learning assessment tool that connects teachers, parents, and students to help personalize and improve learning. It’s now used in 80% of districts across Canada. Lane is also the founder of Wheelhouse, an organization that invests in and supports early-stage tech companies and entrepreneurs through mentorship, access to capital, and connections to global business networks.

Under his leadership, Lane’s teams have won dozens of awards including a Webby and the prestigious BAFTA (British Academy of Film and Television) award for Club Penguin. Lane is also the recipient of an Honorary Fellows Award, Business Leader of the Year, and was named as one of the “Top 35 Executives Under 35” by The Hollywood Reporter.

Lane currently sits on the TELUS Friendly Future Foundation board and is an advisor for Dreamscape Immersive and several other startups. He served on the UBC Board of Governors in 2016.

Santa J. Ono
President and Vice-Chancellor of the University of British Columbia 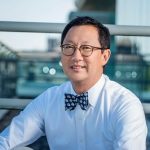 Santa Ono was installed as the 15th president and vice-chancellor of the University of British Columbia on November 22, 2016. His installation was, in many ways, a heartfelt homecoming – he was born in St. Paul’s Hospital in Vancouver in 1962, when his father was a professor at UBC.

Ono earned his PhD in Experimental Medicine at McGill University. As a professor of medicine and biology, Ono has worked at Harvard, Johns Hopkins, University College London, and Emory universities. He was also inducted by Johns Hopkins into its Society of Scholars, which honours former faculty who have gained distinction in their fields. He has been inducted as a Fellow of the Royal Society of Chemistry, the Canadian Academy of Health Sciences, the American Association for the Advancement of Science and the National Academy of Inventors, USA.

Ono is deeply committed to diversity, and his achievements have been recognized by the American Council on Education with an award that honours individuals who have demonstrated leadership and commitment on a national level to the advancement of racial and ethnic minorities in higher education. He also received a Professional Achievement Award from the University of Chicago Alumni Association in 2017, an honour he shares with such luminaries as Carl Sagan, Ed Asner and Kurt Vonnegut.

In addition, Inside Higher Education named him America’s most notable university president in 2015. His many followers on Twitter and Instagram know why he deserves that accolade. He’s adept at using social media to respond quickly and directly to people’s concerns and to make personal, authentic connections – in particular, with students. He has used social media to spread awareness about mental illness and to share his own struggles as a high-achieving student who battled and beat depression.