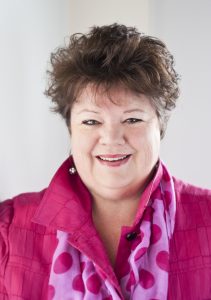 Linda Reid is the longest-serving MLA in the current parliament, has been elected to represent Richmond seven consecutive times since 1991, and is the longest-serving woman in B.C. history. She has built her reputation in the B.C. Legislative Assembly on her professional background in education, administration, and community service. Linda is the Official Opposition Critic for Seniors Care. Linda served as Speaker of the Legislative Assembly from June 2013 until June 2017 and was the Chair of the Commonwealth Women Parliamentarians from 2014 to 2017. She has also served as Minister responsible for Early Childhood Development and Minister of State for Child Care, among other roles. Linda’s volunteer record began as a First Aid Cadet with St. John Ambulance and as a leader in the Guiding movement, and continued as BC Chair for the Canadian Guide Dogs for the Blind, a director of the Garden City Hospice Society, and a founding member of the Richmond Chinatown Lions Club. In 2012, Linda won both the Ethel Tibbits Award for Community in recognition of her leadership in Richmond and the inaugural award for Outstanding Leadership from the BC Youth Parliament, an organization that Linda has been passionately involved with since 1975. She is currently Chair of BC and Alberta Guide Dog Services. Linda is the recipient of three commemorative medals – the 125th Anniversary of the Confederation of Canada Medal, the Queen Elizabeth II Golden Jubilee Medal, and the Queen Elizabeth II Diamond Jubilee Medal. Linda and her husband Sheldon live in Richmond with their children Olivia and Will.

My time at UBC was magical. I was uplifted by the professors who were poignant in their commentary. There was always life, energy, and glorious conversation. Whether it was Marg Csapo, Ken Reeder, Pat Mirenda, Jane Wakefield, or Hillel Goelman, they were all people who believed in the dignity of the learner and the learner’s place in the context of family and community. I did my final practicum in Vanderhoof, British Columbia in 1980. For a girl born in Vancouver, it was an amazing experience. The families I met and the teachers I worked with and boarded with taught me much—they were highly skilled, compassionate teachers bringing the world to Vanderhoof every day. I believe in the transformative power of educational opportunity.

In my early days of teaching, I had students across a broad spectrum of learning need, and I did my best to ensure a sense of belonging. I believe every child and learner deserves that connection. I had the opportunity to serve in the cabinet in British Columbia as the Minister responsible for Early Childhood Development. I believe I had the best job in government. Effectively resourcing young children and their families created amazing learning opportunities. Whether it was supporting the Human Early Learning Partnership with Dr. Clyde Hertzman or travelling the province with him to share the results of the BC Atlas of Child Development, it was always about increasing our understanding of the needs of babies and young children. Creating early child development hubs across B.C., where families could access a myriad of services, was brought to bear in discussions about co-locating services in the Faculty of Education as a member of the External Advisory Board to the Dean. Integrating service delivery will always matter. I firmly believe that decisions taken by the government should be underpinned by the best research of the day.

I have spent my life advocating for fairness and equity. I was a first-year member of the British Columbia Youth Parliament in 1975. The organization had begun as the Older Boys Parliament of BC; thus, women were not found in abundance.  I was first elected to the B.C. Legislature in 1991, where women were also not found in abundance. Greater diversity and gender balance were my goals for both organizations, and I am pleased to say that these goals have been realized. The British Columbia legislature today has the highest percentage of elected women in Canada and the last session of the BC Youth Parliament saw young women make up two-thirds of its membership. Please visit the Hall of Honour at the B.C. legislature and see the Women’s Wall, which came into being during my tenure as the 37th Speaker of the Legislative Assembly. I was also passionate about increasing the accessibility of the B.C. legislature during my tenure as Speaker. We have three MLAs who rely on chairs for mobility and countless visitors and staff who have greater ease of access today. No one does this work alone. Elected women in B.C. have left their mark. Thank you to all who serve. The province is better for your contribution.

When I speak to graduating classes, I say “you all have the ability and the responsibility to lead remarkable lives.” I want students I have taught to see all sides of a question, to work hard, and to possess tremendous humanity. I believe the world belongs to those who show up. Please do. You have much to offer. Think of your education as an opportunity to give back—to build something stronger. The Canadian educational experience values the opinion of its students—there are countless jurisdictions across the globe where the opinions of students aren’t sought or valued. Imagine a school where teachers don’t ask what you think. Every child deserves a glorious childhood. Be part of something magical…