Educator and advocate for Aboriginal cultural preservation, Cheryl Sebastian impacts Aboriginal education in British Columbia through the implementation of Aboriginal language programs, cultural curricula, and numerous education agreements. Her outstanding leadership reaches all areas of the educational system, and her impact on early learning, administration, and literacy earned her the 2013 Alumni Teacher Award from the University of British Columbia’s Faculty of Education.

Sebastian was among the first students to take part in UBC’s Indigenous Teacher Education Program (NITEP), graduating with her Bachelor of Education in 1980. After graduation, she moved back to her home territory, teaching at First Nations schools in the area for more than 13 years. While teaching full-time she completed her Diploma in Library Education at UBC in 1994.

After spending more than 16 years of her education career in the classroom, Sebastian completed a Master of Education in educational counselling, which led to leadership opportunities. She was district principal and director of instruction for Aboriginal Learner Support and recently appointed district principal of Aboriginal Education for the Kamloops School District. Sebastian also took on leadership roles in several provincial organizations, including the First Nations Education Steering Committee (FNESC) and the Ministry of Education.

As a member of the Gitxsan Nation, Sebastian has been a consistent and influential advocate for Aboriginal cultural preservation. Working tirelessly alongside elders and linguists, she established a curriculum to teach the Gitxsan language as a part of the regular high school program in her home community of Hazelton, BC. Through her efforts both inside and outside the classroom, Sebastian was a major driver behind the advancement of Aboriginal Education and preservation of Gitxsan cultural heritage. 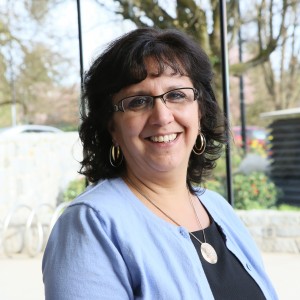