Music Educator, Greg Quan is admired and respected by both students and peers for his dedication to sharing the joy of music as artistic director of choirs and orchestras at Vancouver’s Magee Secondary School.

Quan graduated with a Bachelor of Education from the University of British Columbia in 1998 and received his Masters of Education in music in 2004. He has been teaching music in the Vancouver and Richmond school districts since he finished his undergraduate degree in 1998. His Magee music program consistently receives top honours in the city and in the province. In 2012, 2014, and 2015, the Magee Chamber Choir won both the provincial Performing Arts BC competition and the citywide Vancouver Kiwanis Choral Festival. Each of those years, they also represented BC at the national Federation of Canadian Music Festivals, usually placing within the top 3 in Canada.

In what he calls his “choir family,” Quan fosters mindful, humble students who are both musically knowledgeable and passionate, challenging them with creative and difficult repertoire that inspires them to achieve beyond what they believe possible. With an understanding that setting can profoundly enhance the learning experience, Quan travels each year with Magee music ensembles and the chamber choir to perform in historically and culturally important international venues. Committed to helping to build the choral community, Quan creates many learning opportunities for hundreds of young musicians, not only from across the lower mainland, but nationally and internationally, by bringing choirs together in non-competitive “song sharing” concerts many times a year. He also creates professional development opportunities for his musical colleagues; for example, inviting them to participate, complimentary, in retreats that he sponsors with world class clinicians. He is also in demand as a choral clinician, adjudicator, and has given workshops at the BC Music Educators Association conference. From 2006 to 2007, Quan was regional director for the BC Music Educators Association Honour Vocal Jazz Ensemble. He also was director for the VoiceStream Youth Choir from 2004 to 2007 and the Richmond Youth Honour Chamber Choir from 2006 to 2009, both in Richmond, BC. Since 2014, Quan has also been on the board of directors for the BC Choral Federation.

In 2009, he was commissioned to write and perform, with a massed choir, a piece to commemorate the opening of the Olympic Oval in Richmond BC. In 2014, an award was endowed at the Faculty of Education in Greg’s honour. The award recognizes a student of the Bachelor of Education program that has demonstrated a passion and extraordinary capability for music education with youth in a group environment. 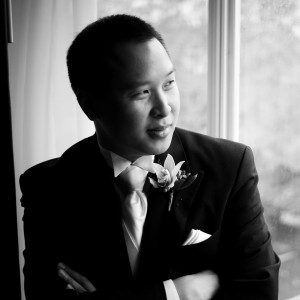