Rogers received her Bachelor of Recreation Education from the University of British Columbia in 1971. Rogers has maintained an active presence at UBC as a member of the President’s Strategic Advisory Council and chair of the UBC Alumni Association. She contributes to the Twenty-8 Club, which raises money for female varsity athletes.

Rogers was the first woman to be city manager for the City of Vancouver, holding that post from 1999 to 2008. It was under her leadership that Vancouver won the right to host the 2010 Olympic and Paralympic Winter Games. After leaving the city manager’s post and a 25-year tenure with the city, Rogers served on the board of the Vancouver Olympic Organizing Committee (VANOC). Rogers was named one of Canada’s Top 100 Most Powerful Women by the Women’s Executive Network for five straight years, 2003 to 2007.

Since the Games, Rogers has become a valued addition to many corporate boards. She currently chairs the board of directors for BC Assessment and is a member of the Local Government Management Association for BC. In recent years, she headed the Institute of Public Administrators of Canada and chaired the board of Lift Philanthropic Partners, a venture philanthropy organization that works to maximize the efficiency and impact of charitable organizations.

Rogers received the Lieutenant Governor’s Medal for Excellence in Public Service, and two United Nations Public Service Awards. The first UN award was for establishing Vancouver’s Neighbourhood Integrated Service Teams, which bring together disparate city departments and outside agencies to resolve neighborhood disputes. The second award was for the Vancouver Agreement, a tripartite agreement between municipal, provincial and federal governments critical toward revitalizing Vancouver’s downtown eastside. 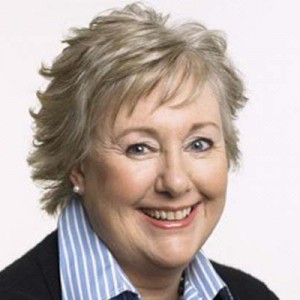