Esteemed educator and coach, Scott Ormiston is well-known and well-respected for his work with Aboriginal and Special Education students.

Ormiston graduated with a Bachelor of Education from the University of British Columbia in 1982. In the decades since, he devoted himself to developing the potential of students, colleagues and young athletes in the Maple Ridge and Pitt Meadows communities. In October of 2014, he was awarded the Prime Minister’s Certificate of Achievement. In his current role as an aboriginal resource educator in School District 42, Ormiston is part of a two-teacher team that increased the district’s Aboriginal graduation rate to nearly 75%, one of the best rates in the province.

Senior administrators at Garibaldi Secondary School, where he taught for 20 years, note Ormiston’s devotion to the needs of Special Education students. In particular, Ormiston created an award system for graduating Special Ed students, who are often overlooked academically. Resource departments at other schools turn to Garibaldi’s Special Education Department as a model of excellence, developed under Ormiston’s leadership. His colleagues, the students and their parents note his energy for many popular projects, including a Terry Fox run, fundraising for scholarships, and an annual Christmas party. 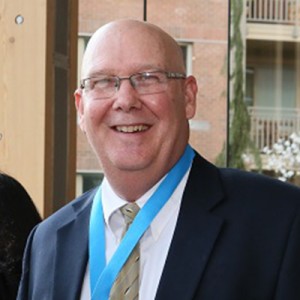