In 1959, at the age of 15, Jerome set Canadian track records, winning a bronze medal at the Pan American Games. The following year, she joined her brother, legendary Canadian track and field runner Harry Jerome, on Canada’s Olympic team in Rome, Italy. Jerome has competed in Pan American, Commonwealth and Olympic games. Her family’s athleticism runs deep beginning with her grandfather, John Armstrong Howard, Canada’s first Black Olympian to run in the 100 and 200m at the 1912 Stockholm Olympics.

Jerome attended UBC to become an educator, graduating with a Bachelor of Education in 1976. During her 35-year teaching career, she worked for the advancement of Black Canadian Studies, spearheading a $2.5 million fundraiser within the black community. Alongside Leon Bill, Emery Barnes, Paul Winn and Ron Rogers, they established a chair of Black Canadian Studies at Dalhousie University. After retiring from teaching, Jerome worked with the BC Teachers’ Federation on two projects in Namibia.

Jerome continued her leadership in athletics, spending 35 years as a track and field official taking on roles of chief judge in Olympic, Commonwealth and World Championship competitions, being a panelist for the Sports and Inclusion Dialogue at UBC in 2010, and was honoured as a torchbearer at the 2010 Winter Olympics in Vancouver.

In the wider community, Jerome has worked with Jerome Outreach, an athletic club for inner-city children named in honour of her brother, as well as the Harry Jerome International Track Classic. She initiated the establishment of the Harry Jerome Statue that is located in Stanley Park along the seawall with a committee that later became the Harry Jerome Commemorative Society.

Jerome pursued her political activism formally between 1985 and 2000 where she ran in seven elections for the Green Party, federally, provincially, and municipally. In the 1990s, she attended Green Party Congresses in Europe. Her passion for the environment grew from her son, Stuart Parker, who led the BC Green Party from 1993 to 2000.

For 15 years, she worked as a volunteer at the Vancouver Writers Festival and has worked with the BC Cancer Agency on fundraising initiatives. She currently serves on the board of directors of the Vancouver Junior Professional Division Ballet Society. 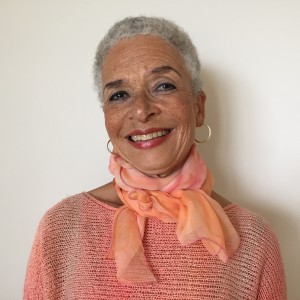