Noxs Ts’awit Dr. Amy Parent of the Wilp (House) Ni’isjoohl, Assistant Professor in the UBC Faculty of Education, is the Principal Investigator of the Raising Nisga’a Language, Cultural Sovereignty, and Land-based Education with Traditional Carving Knowledge (RNL) multi-year research project with her Nation.

The RNL project began in 2020 to support ongoing efforts to strengthen the Nisga’a language, culture, and ways of life. Taking a holistic approach to cultural knowledge production, Dr. Parent is leading the first study to focus on the philosophy and pedagogical practices of the Nisga’a carving tradition as a form of knowledge production and transmission through repatriation work and the carving of a new pts’aan (totem pole) in the Nisga’a language. She regularly meets with respected Lax̱galts’ap hereditary leadership for guidance and direction, ensuring the RNL project honours and follows Nisga’a Ayuuk (laws and protocols).

The RNL project also supports repatriation efforts of the Wilp Ni’isjoohl original house pole from the National Museums of Scotland in Edinburgh in 2022.

In the coming weeks, under the guidance of Sim’oogit (Chief) Laay, the pole will be carved by Nisga’a carvers in the Lax̱g̱alts’ap Village Government carving shed, which will serve as a “Nisga’a classroom” for carvers to teach Nisga’a youth, educators, and community members about carving tools, techniques, and adaawak (stories) that are embedded in the pole through the Nisga’a language. 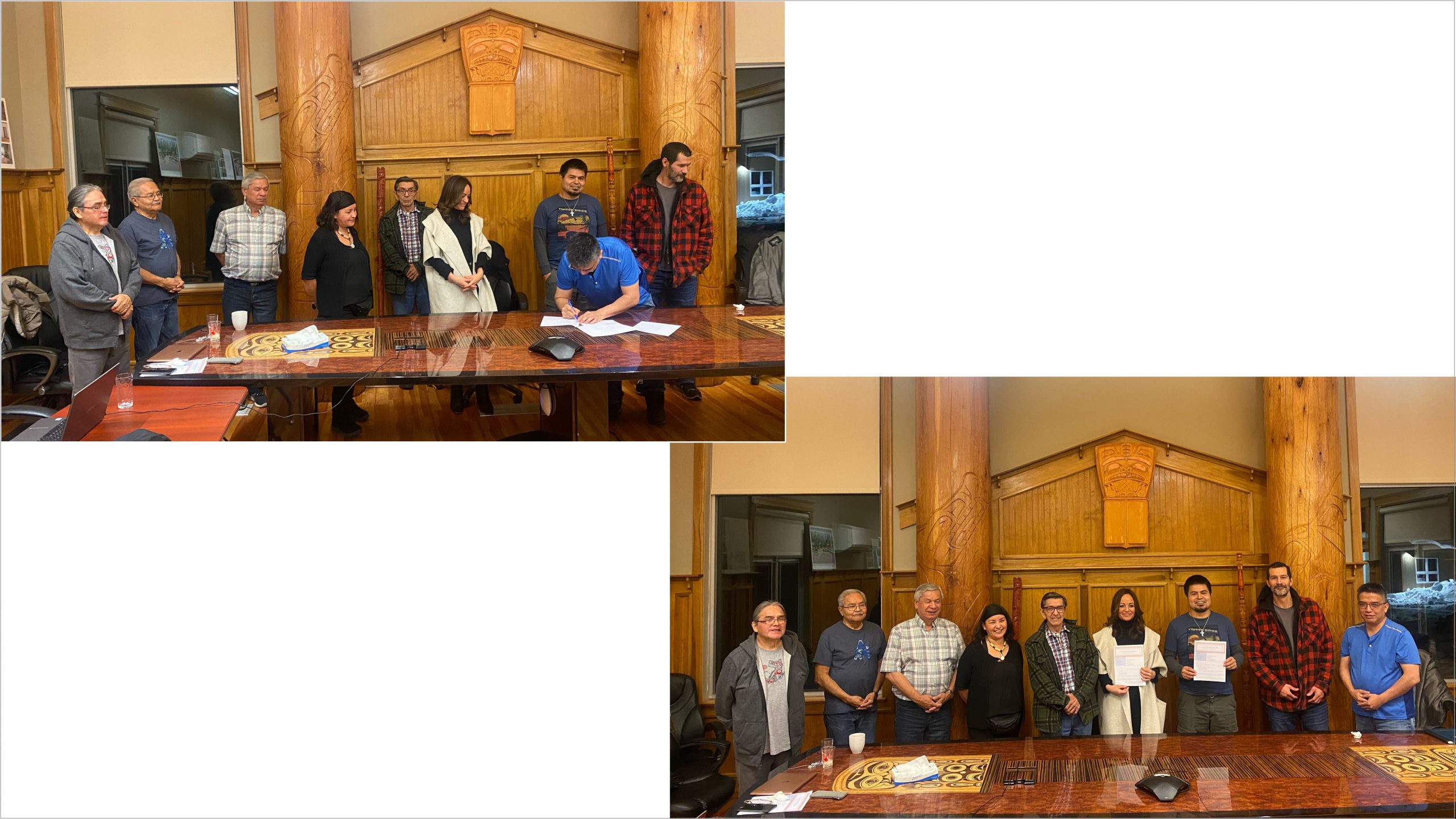 Repatriation of the House of Ni’isjoohl Pole

In 1929, the Ni’isjoohl memorial pole was taken from Nisga’a Nation’s ancient village of Ank’idaa by colonial ethnographer Marius Barbeau and sold to the Royal Scottish Museum in Edinburgh, where it remains today. The RNL project will provide an opportunity for a delegation from the House of Ni’isjoohl to travel to Scotland to repatriate the pole in the summer of 2022. 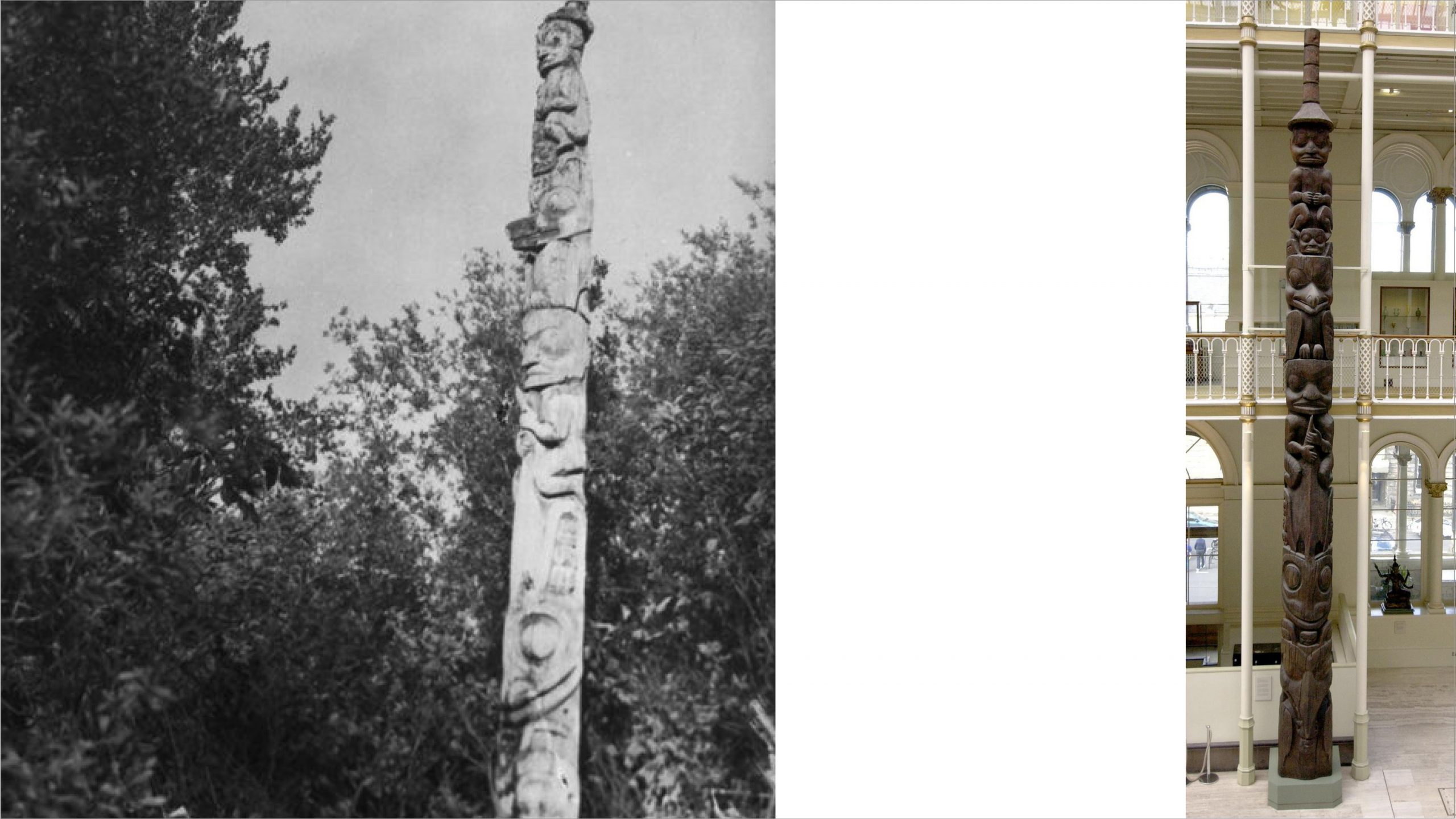 Engaging Virtual Reality with the Nisga’a Language and Place Names

A component of the RNL project will enhance access to traditional land-based knowledge in the Nisga’a language by developing new language learning tools with the innovative use of virtual reality technology in collaboration with Nisga’a Matriarch, Chiefs and Knowledge Holders to detail publicly permissible stories of Nisga’a place names.

The RNL project will expand intergenerational knowledge and awareness of traditional uses of the red cedar tree, place names, and seasonal cycles depicted in Nisga’a poles by using the Nisga’a language among Nisga’a children, Elders, families, and educators.

The project’s virtual reality films will also support ecotourism opportunities and teacher recruitment for the Nisga’a Nation. For information on partnership opportunities or to support the technology needs for this portion of the project, please contact Dr. Parent through this form.

The Social Sciences and Humanities Research Council’s (SSHRC) New Frontiers in Research Fund (NFRF) was awarded to Dr. Parent and Wal’aks, Keane Tait (Co-investigator) from the House of Axdii Wil Luu-Gooda, in collaboration with Sim’oogit Ni’isjoohl (Chief Earl Stephens), for the RNL project.